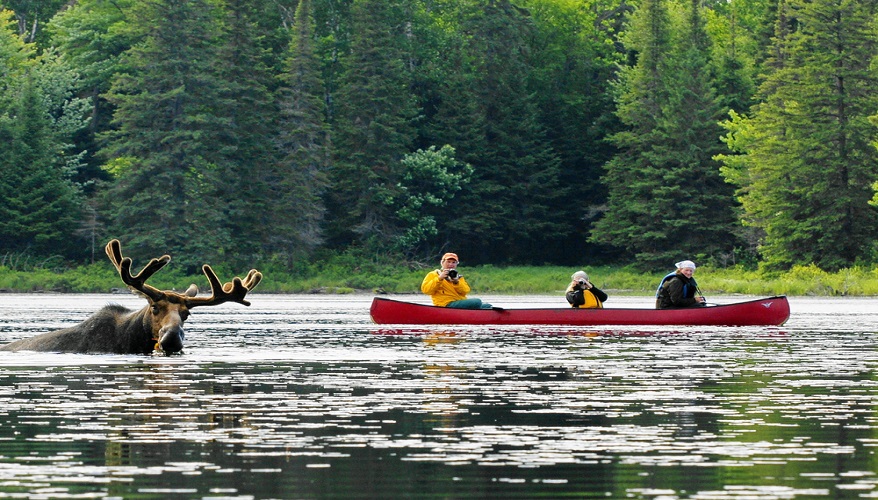 Great Parks of the East

The cosmopolitan city of Toronto is the starting point of this two-week circular tour. Northbound from Toronto, explore the national parks in Ontario's interior. After a brief stay in the capital, Ottawa, return to the tranquillity of nature in Quebec's national parks. The trail leads southbound via the bustling cities of Quebec City and Montreal, famous for their joie de vivre, to the thundering splendour of Niagara Falls.

Arrive Pearson International Airport, Toronto, and transfer independently to your downtown hotel. Remainder of day is at leisure for shopping at the Eaton Centre or perhaps sampling the fine cuisine and nightlife of Toronto.

Scenic drive to Huron country with a detour through Penetanguishene, an old native village. We suggest a visit to Georgian Bay's "30 000 Islands" and a tour of the Jesuit mission at Sainte-Marie among the Hurons.

Journey into Quebec to Gatineau Park. In Gatineau Park, enjoy kilometres of bicycle paths and fascinating views from look-outs over the river.

Explore the capital region and the Parliament Buildings, or take a cruise on the Ottawa River. It is a short drive into the Laurentian Mountains. A good local excursion includes the village of St. Jovite and Mont-Tremblant Park, Quebec's oldest provincial park.

A scenic drive on the Chemin du Roy, Canada’s first year-round carriageway, brings you past numerous historical French-Canadian villages. Trois-Rivieres is Quebec’s second-oldest city and many of its streets are characterised by 18th-century style structures and galleries. In Batiscan, you can view the stone prebystery that is an architectural gem and perhaps see historical craft demonstrations.

Highlights of Canada's oldest city include the Fortifications, a national historic park; Place Royale and Old Quebec, designated a World Heritage Site by UNESCO; or the Montmorency Falls.

Scenic drive through the fertile plains and rolling hills of the Mauricie / BoisFrancs and Lanaudiere regions, bound for the forests and unspoiled scenery of the Quebec hinterlands.

Beautiful scenery surrounds you at Reservoir Taureau and Baie du Milieu, with numerous outdoor activities at your disposal. We suggest canoeing, kayaking, mountain biking or sailing. Alternatively, head for the hills along the hiking trails.

Traverse the Lanaudiere region and its numerous lakes. Stop in Berthierville and visit the Gilles Villeneuve Museum, then continue to the vibrant, cosmopolitan city of Montreal. We suggest a visit to Notre-Dame Basilica, the Olympic site, the Biodome, the Montreal Museum of Fine Arts, Mt. Royal Park, Casino or the underground city.

Today you will have a leisurely half day drive back to Toronto. Your tour will end in either downtown Toronto or at the Toronto International Airport.

Daily departures from May to October.