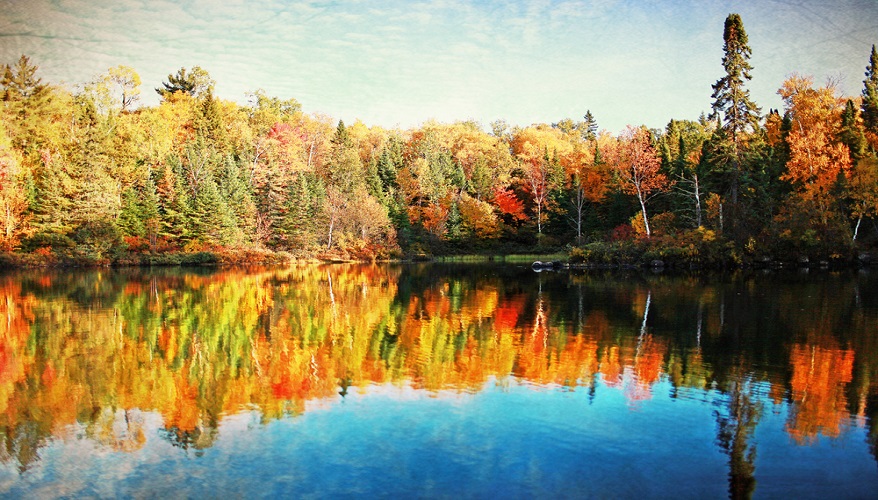 An Introduction to Eastern Canada

Like its neighbour to the south, modern Canada is a spectrum of cultures, and an ethnic mosaic of immigrant groups, as well as the First Nations native peoples. Instead of being defined by states, Canada is instead divided into ten provinces and three northern territories.

The eastern provinces are well known for their maritime history, wide open spaces and incredible scenery, especially during fall. They are also known for fantastic wildlife viewing opportunities; from moose in Algonquin Provincial Park, Ontario to polar bears in Churchill, Manitoba.

Eastern Canada is the perfect vacation spot for couples and families alike; explore the lighthouses of Nova Scotia and go canoeing in Ontario, the possibilities are almost endless!

Atlantic Canada is home to amazing maritime history, including Peggy's Cove, one of the world's most famous and picturesque lighthouses. Cape Breton National Park boasts incredible coastal landscapes and great opportunities for cycling and walking routes, at the tip of Nova Scotia.

Prince Edward Island is the smallest province, but that doesn't mean it doesn't pack a punch. Home of the iconic character 'Anne of Green Gables', visit the author's childhood home and the Green Gables Heritage Centre in Cavendish.

If you are looking for a touch of isolated luxury (and honestly, who isn't?), Fogo Island Inn, situated off the coast of Newfoundland, could be your dream come true - be sure to contact us for more information.

Ontario and its main city of Toronto are often Eastern Canada's biggest draw, and with good reason. The province is full of wide open spaces and opportunities for biking, hiking, canoeing and wildlife watching. Algonquin Provincial Park, north of Toronto is one of the best places in the world to see moose in the wild.

Of course, the iconic Niagara Falls and the relaxed wine region of Niagara on the Lake are within easy reach and well worth the visit.

In the city, take a trip to the top of the CN Tower for incredible views, take the kids to the Ripley's Aquarium of Canada and enjoy a cocktail or two at the chic Distillery District. The nation's capital, Ottawa, is also here in Ontario. Visit Parliamentary Hill, take in a number of world-class museums and wander (or skate) along the famous Rideau Canal, which runs through the capital.

Featured in our Great Parks of the East and Great Lakes Treasures Itineraries.

Quebec is Canada's French-speaking province and home to two incredible cities, Quebec City and Montreal, which are proud to showcase their French influenced history and culture.

Montreal is often throught of as the cultural heart of Canada. Take a horse-drawn carriage ride through the cobbled streets and grand buildings of the city. Visit the Basilique Notre-Dame and visit the quaint botiques and cafes of the Plateau Mont-Royal district. The Olympic Park is also well worth a visit. After a long day, make sure to tuck into a bowl of poutine, the quintessentially Canadian dish which was first eaten in Montreal.

Quebec City is the only fortified city north of Mexico. Visit the Citadel, where you might be lucky enough to catch the Canadian troops staging a military ceremony and go for afternoon tea at the Fairmont Chateau Frontenac.

Quebec is also home to one of best ski resorts on the East coast, Mont Tremblant, which first opened in 1939 and is now an Olympic standard resort.

Featured in our Splendid Nature of Quebec and Great Parks of the East Itineraries.

The main draw for people visiting Manitoba is the polar bears, which roam wild in the north of the province, in Churchill. While here, you can also hope to see the Aurora Borealis, moose, bison and even Beluga whales.

Winnipeg, the largest city in the province, and the namesake of Winnie the Pooh, has much to offer. Visit the Candian Museum of Human Rights and the Assiniboine Park Zoo, which has been a favourite for Winnipeggers and tourists alike for over a century.