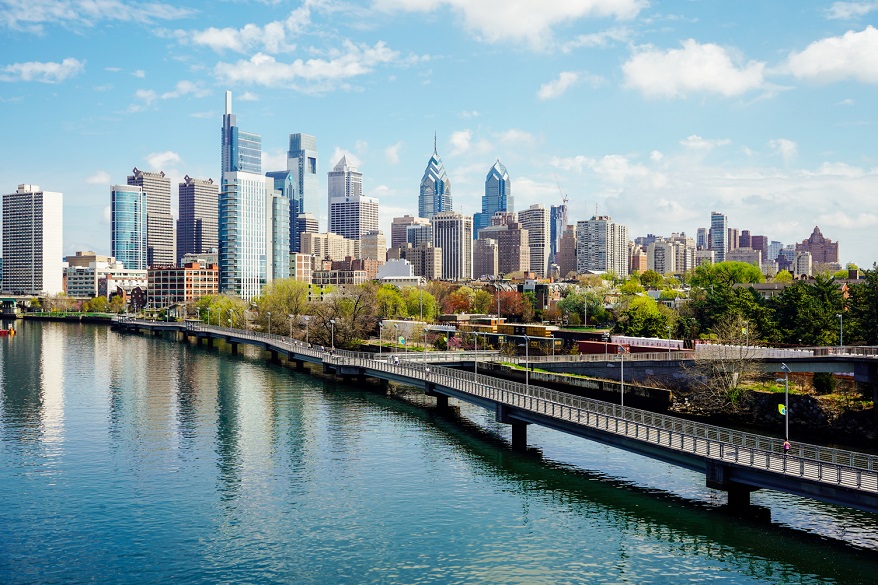 Philadelphia is known for its historic and cultural significance, as the birthplace of modern-day America. There is so much to see and do, it can sometimes be hard to know where to start. Independence Hall, where the Declaration of Independence was signed by the Founding Fathers in 1776 is a must-visit, alongside the iconic Liberty Bell. For something a little different, head to the Eastern State Penitentiary, once one of the most expensive prisons ever built, and home to one of the USA’s most notorious criminals, Al Capone.

Philadelphia loves its food, and it isn’t hard to see why. The city has amazing food markets and everything from a casually iconic cheesesteak to fine dining and craft breweries. If you are looking for the perfect place to take a selfie or two, then look no further than LOVE Park or take a stroll down Elfreth’s Alley, America’s oldest continuously inhabited residential street, and admire the 18th century homes that line this pretty street. Philadelphia’s Magic Gardens are also well worth a visit. It is the work of mosaic artist Isaiah Zagar and now a labyrinthine outdoor museum spanning three city blocks.

Some of our favourite hotels in Philadelphia

Penn's View Hotel: Penn's View is an affordable yet still central choice in Philadelphia, being a 15 minute walk from the Liberty Bell. The hotel has just 51 rooms, meaning that your stay in this historic hotel will have a personal touch.

The Rittenhouse Hotel: For a touch of luxury, look no further than The Rittenhouse. The building started life as the home of the President of the Philadelphia Railroad in the 20th century and now boasts 92 luxurious rooms and suites. Treat yourself to a spa treatment or enjoy an afternoon tea.

Kimpton Monaco Philadelphia: The Monaco finds itself on the nation's most historic square mile, across the street from the Liberty Bell and Independence Hall, allowing you to really immerse yourself in the spirit of the city.

Loews Philadelphia: For a more modern option, try the Loews. While their rooms are decorated in a contemporary style though, the hotel is actually located in the city's first skyscraper, giving you a bird's eye view of the skyline.