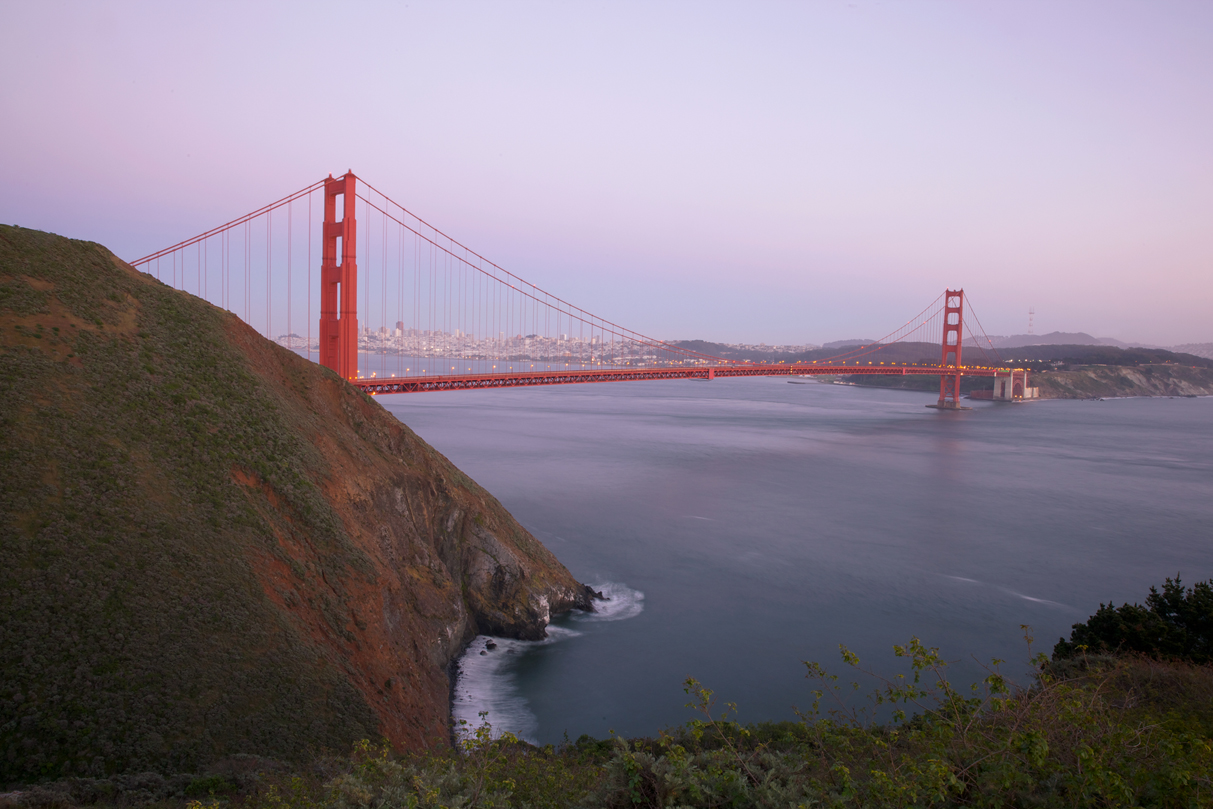 Whether you are looking for a long weekend with a difference, a stopover en route to Hawaii or you're planning a wider touring holiday of the West Coast, these two completely different, energetic Californian cities have something to suit almost every taste.

San Francisco's main attraction must be its diversity of peoples and its tolerance for alternative lifestyles. These all point to a multicultural and multiethnic society that thrives on the progressive, socially conscious people that make the city their home. Each area of the city has formed its own neighbourhood, each with its own identity. Enjoy the exotic bustle of Chinatown, relax into the cafe life of North Beach and shop until you drop around Union Square.

Take time to really get to know 'The City'. Pick a walking tour and stroll around the fascinating neighbourhoods, hop on and off the cable cars to get you up the long hills, get a great view of the city from Coit Tower, cruise over to Alcatraz or take a classic 1955 Mack Fire Engine tour of the city. Stroll around Fisherman's Wharf with its waterfront marketplace and many attractions including Pier 39, Ghirardelli Square and The Cannery.

By contrast Los Angeles is a vibrant, vast and sprawling city, made up of five main areas – Downtown, Hollywood, Westside, Coastal and the Valleys. There is so much to se and do in this city. Take a tour of Hollywood, or a tour of the Stars Homes, stand in your favourite stars footsteps at Manns Chinese Theater, visit Universal Studios, the Hollywood Bowl and have you your picture taken at the famous Hollywood sign on Mt. Lee. Drive round the extravagant residences of Beverly Hills and spend some money in the designer stores of Rodeo Drive.

You can also stay in Anaheim, the home to Disneyland since 1955. In nearby Buena Park there is also Knott's Berry Farm, an alternative and excellent theme park. Alternatively, stay on the beach and explore the long ocean pier and arty shops of Santa Monica, the small-craft harbour of Marina del Rey and the innovative architecture of Venice. Stroll along the Ocean Front Walk in Venice to see the non-stop bustle of skaters, street artists and entertainers.

Whatever you decide to do, San Francisco & Los Angeles are great places for your next break!

Some of our favourite hotels in San Francisco

Kimpton Sir Francis Drake Hotel: In a historic 1920s building just off Union Square, this opulent hotel is 2 miles from both the San Francisco Opera and Fisherman's Wharf. The hotel hosts a free afternoon wine hour and has a glamorous top-floor lounge, an Italian bistro and retro lobby bar.

The Clift: A 6-minute walk from Union Square and 4 minutes from a Muni Metro station, this elegant hotel designed by Philippe Starck features an artsy furniture collection in the lobby, including work by Salvador Dali. The hotel offers 3 dining options, including the art deco Redwood Room, which dates to 1933 and has original wood paneling.

Hotel Argonaut: Across the street from Aquatic Park, this refined hotel in a restored warehouse is an 12-minute walk from Pier 39 and 0.5 miles from Alcatraz Island. The Argonaut is a luxury hotel in Fisherman's Wharf with nautical-style rooms with exposed brick walls.

Some of our favourite hotels in Los Angeles

Hollywood Roosevelt: This historic Hollywood hotel has beautifully appointed rooms, handpainted ceilings, Spanish wrought iron balustrades and is across the street from the Chinese Theatre and close to Universal Studios Hollywood. The area's major attractions including, Beverly Hills and exclusive Rodeo Drive and some of Southern California's finest beaches are all within easy driving distance.

The Shore Hotel: Set just steps from the beach, this contemporary and ultra modern hotel is opposite the Santa Monica Pier and minutes from 3rd Street Promenade's shops and restaurants. The hotel also has a small outdoor swimming pool.

Wyndham Santa Monica at the Pier: Located right across from the Pacific Park Ferris wheel on Santa Monica Pier, our newly-renovated hotel is an inviting destination for your Southern California getaways.

Shutters on the Beach: This upscale, beach house-inspired hotel fronting the Pacific Ocean is one of only two hotels located directly on the beach in Santa Monica. It is only 0.4 miles from the Santa Monica Pier and a mile from the shops and restaurants on the 3rd Street Promenade.

Luxe Rodeo Drive Hotel: Set among the high-end shops on Rodeo Drive, this polished hotel is about 3 miles from the La Brea Tar Pits and the Miracle Mile's Museum Row.